A Path to Jewish-Arab Partnership | The Jewish Agency 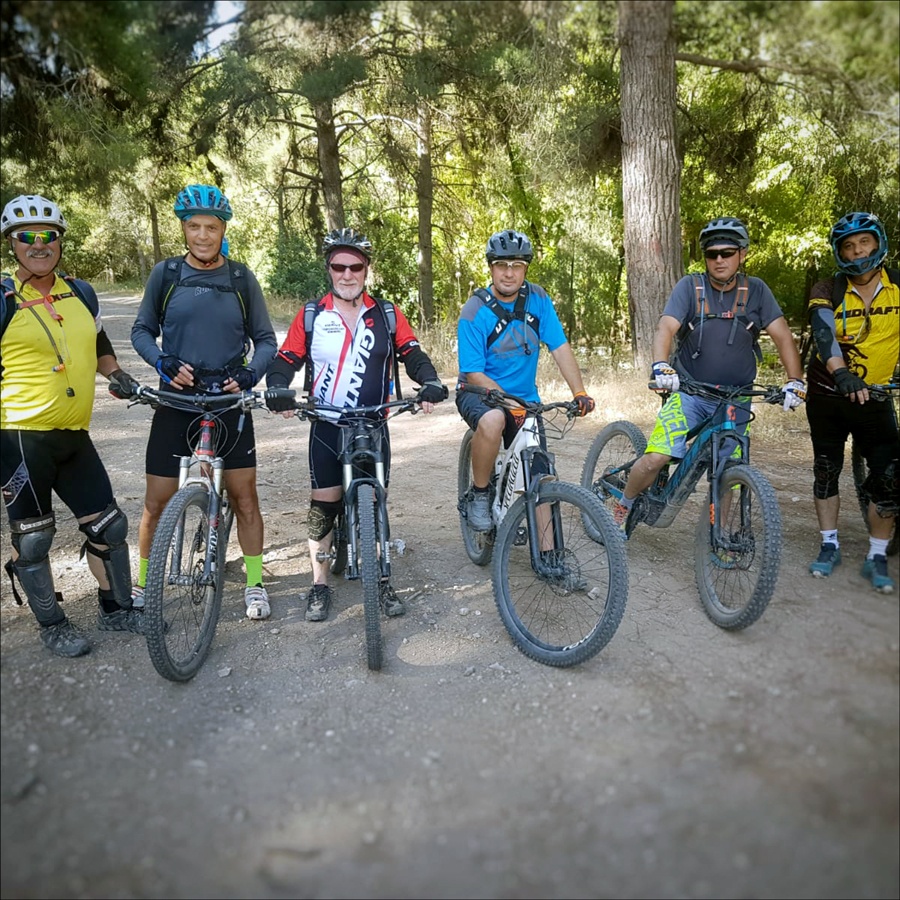 04 Aug A Path to Jewish-Arab Partnership

A Path to Jewish-Arab Partnership
A 35-mile trail through three Jewish cities and two Arab towns in Israel brings people together and fosters connections.

Michael Mensky has long been an avid biker. Originally from the UK, Michaell lives in the Jezreel Valley in the north of Israel and is an active volunteer in The Jewish Agency’s Partnership2Gether Michigan–Central Galilee partnership. A few years ago, he had an idea to create a regional bike trail that would cross through five northern municipalities: Migdal Haemek, Nof Hagalil and the Jezreel Valley (all Jewish communities) and Yafia and Nazareth (two Arab communities).

“I wanted us to do something that would have an impact and help build relationships,” said Michael. “And early on, I realized that for a path to connect the Jewish towns in this region, you need to go through Arab communities — and so I saw this as a great opportunity to join together. And we were thrilled when the Arab mayors of these towns were onboard.”

And so the 35-mile Partnership Path or “Naim Beyahad” was born. To make the trail happen, Michael and his team would need some help. Enter Hesham Bsharat, an Israeli Arab and the current co-chair of the path. Hesham lives in Yafia and is a serious biker. His experience building trails and interacting with youth made him a great fit to be a part of the committee to develop the path.

“I didn’t realize at first that the partnership was really a Jewish partnership,” recalled Hesham. “But I saw that it was important to Michael and everyone involved that the Arab community be active collaborators, and the Arab community wants to be more involved. Yes, this is the Jewish State, but Arabs also live here and want to contribute.”

Both Arab and Jewish Israeli adults and teens came together to work on the trail construction. When a Detroit youth delegation came to visit a few years ago, they pitched in too.

“We could not get this done without working together,” said Michael, noting the COVID-19 pandemic slowed the completion of the path. “And now the trail serves as a platform for people to meet. Something about the physical aspect and the shared nature of the path really helps facilitate connections being formed between American Jews, Israeli Jews and Israeli Arabs.”

Today, the path is used daily by both Arabs and Jews, with various events organized on the trail. During the May 2021 rocket attacks by Hamas and violence perpetrated in mixed cities during Operation Guardian of the Walls, all the mayors (Jewish and Arab) of the region came together and denounced the rioting.

“As you can imagine, Jews and Arabs are a bit more cautious about each other but people also tend to have short memories,” stated Michael. “I think from this turmoil, it really became clear that we are not separate and cannot continue like this.“

“We need to find things in common and there are so many groups within Arab and Jewish communities,” added Hesham. “We need to come up with better terminology and talk about the ‘Israeli’ community because that encompasses everyone.”

At the end of May, after a ceasefire was reached, nearly a hundred riders, both Arab and Jewish, gathered on the trail to take a ride together and show solidarity. Guardian of the Walls also prompted the partnership to become further engaged in initiatives that build a stronger shared foundation for the future by including diverse Arabs and Jews.

“The more exposed different communities are to each other, the more they see each other for who they are and not their labels,” said Michael. “And that’s what’s so great about the path. Being on this trail is about more than just riding a bike; it’s about bringing communities together.”