An Adventurous Opportunity to Do Good | The Jewish Agency 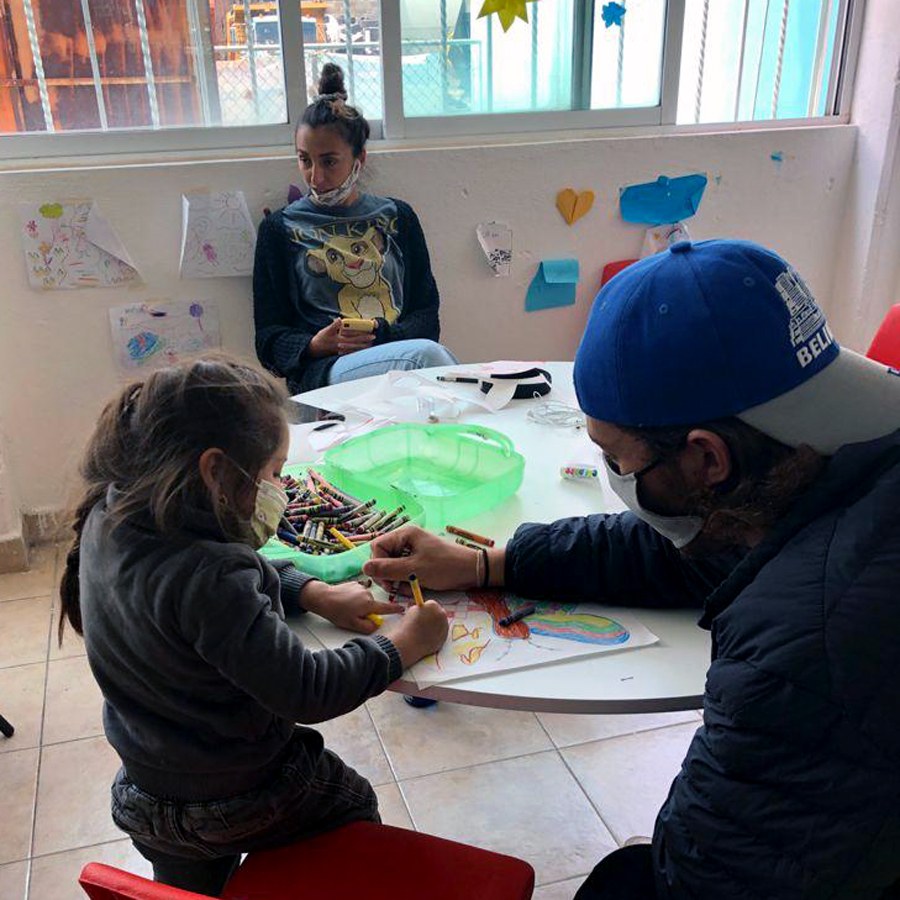 09 Nov An Adventurous Opportunity to Do Good

An Adventurous Opportunity to Do Good
Volunteering with Project TEN in Mexico is something Assaf has long looked forward to as part of his post-Israeli army adventures abroad.

When Assaf, 24, finished his army service in the Israel Defense Force (IDF), he knew exactly where he wanted to go and what he wanted to do.

Born and raised in Zichron Yaakov, Assaf had long been looking forward to taking a big trip post-army, as many Israelis do after being discharged. Five years ago, his older brother started his travels by volunteering in Mexico at the last Project TEN Center in Pluma Hidalgo. When he returned to Israel 10 months later, he told Assaf about the beautiful sights he saw and the amazing experience he had.

“The one thing that was unique in all of my brother’s travels was his time at Project TEN. He made me realize I’d like to have such an experience myself, and so during my IDF service, I used to fantasize a lot about my ‘big trip’ and participating in the program as well,” recalled Assaf. “Since he fell in love with Mexico and the work here it was obvious to me that I should also volunteer in Mexico.”

Assaf planned to travel to Mexico in January 2021 but the pandemic delayed his plans. But once Project TEN was able to open its new center in Chimalhuacán, Mexico City, he was ready to be in one of the first cohorts, traveling there in the fall. During their time volunteering, Assaf and his peers worked with kids in Santiago, which Assaf found really rewarding.

“The kids are smart and attentive, and it’s a real pleasure spending time with them. We came up with all sorts of activities for the children, splitting them into two groups based on age, and then modifying the activities as best we can for each group and their capabilities in order to challenge them,” said Assaf. “It definitely requires a lot of creativity.”

Many of the kids aren’t used to being taught skills outside of the regular formal educational system, so Assaf and his co-participants have their work cut out for them.

“Our center offers kids the unique ability to test their skills in situations they aren’t used to,” Assaf stated. “In only one week I could tell some of the children have been deeply affected and are having a great time coming to the TEN center.”

After finishing his time with Project TEN, Assaf plans to continue to travel in Central and South America with friends from Israel. He’s excited to keep exploring the wonderful culture of Latin America and meet more Jews in the region.

“After having met quite a few young Jews from the local community in Mexico City, it made me realize the power of our Jewish brotherhood and sense of community all around the world,” Assaf shared.

Reflecting on his time with Project TEN so far, Assaf found it meaningful to get a more realistic perspective of Mexico rather than that of a tourist and valued getting to truly bond with his fellow volunteers.

“Project TEN has been one of the best, amazing and meaningful experiences of my life so far. Most Israelis go on a ‘big trip’ after the army and I feel that this project is an incredible fit for this adventure,” Assaf said. “You learn the true culture of a different country and people and get the wonderful opportunity to combine an adventurous and eye-opening experience with doing good and making the world a little better, one small step at a time.”