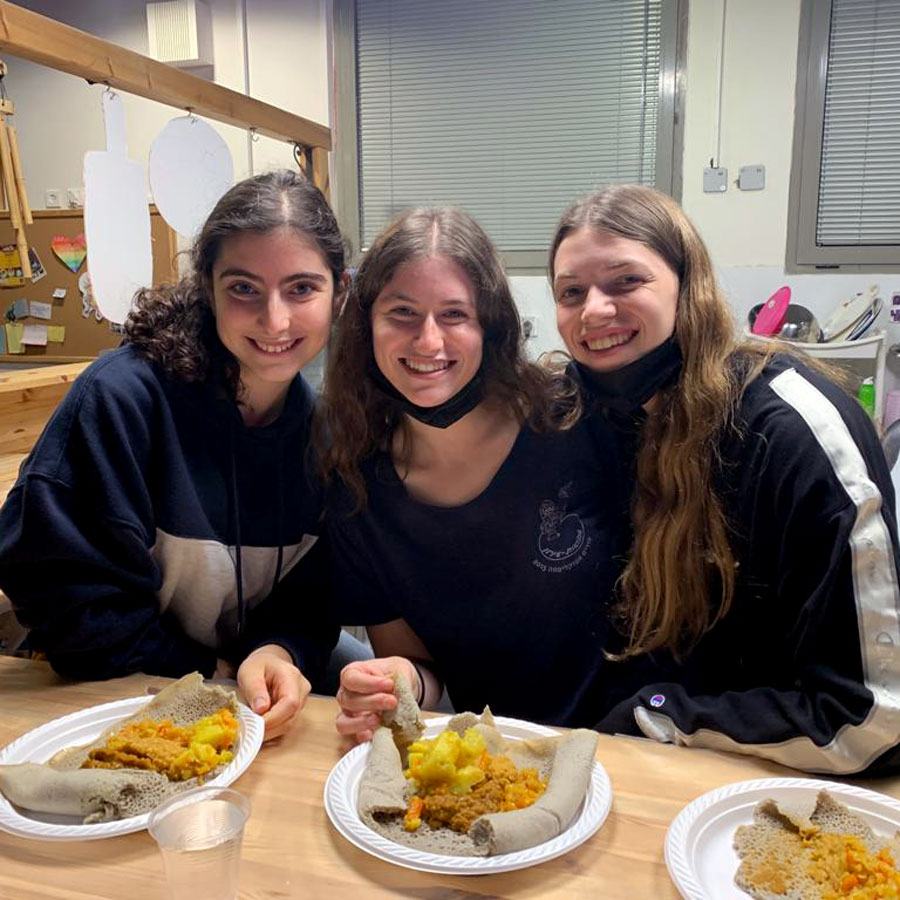 Bringing the American Perspective to Israel
As part of a new Partnership2Gether initiative for the Yokneam-Megiddo Atlanta-St. Louis partnership, Zoe, an Atlantan teen, is engaging in five months of service in Yokneam, Israel.

At 18, Zoe has already made history. Growing up in Atlanta, she attended a conservative synagogue and went to a public non-Jewish school, and decided to establish a Jewish Student Union there as a freshman. She served as its president for four years until she graduated, engaging fellow Jewish high school students and educating non-Jewish students about Judaism.

Once she graduated high school, Zoe knew she wanted to take a gap year before college. With an interest in being in Israel but not doing a “typical” gap year program, she came across an interesting new opportunity exclusively for Atlanta and St. Louis teens: Shinshinim IL.

Subsidized by Masa Israel Journey and the Jewish Federations of St. Louis and Atlanta, Shinshinim IL offers high school grads the chance to be a Shinshin, (the Hebrew acronym for Shnat Sherut, or year of service) a role typically filled by Israelis on their gap years, in their Jewish Agency Partnership2Gether paired city in Israel.

“For five months, I, and a fellow American from St. Louis, are serving as the first non-Israeli Shinshinim in our Partnership2Gether sister city of Yokneam, a small city in the north of Israel near Haifa,” said Zoe. “It’s really cool because we are doing what Israelis do, and we are also living with five Israeli Shinshinim in a communal apartment, so we are totally being immersed in Israeli society.”

Through the Shinshinim IL program, Zoe is engaging in meaningful volunteer work, learning Hebrew, developing important skills and making lifelong friendships. In the mornings, Zoe works at a school, helping students with their English. In the afternoons, she volunteers at Ot Hanoar, a local youth center, and also works with Ethiopian teens.

“My Hebrew is not great, I’m only on month two of learning the language, but I’m definitely getting better! And it’s been so exciting to connect with Israeli students and help them with their English,” Zoe shared. “I’m also really enjoying bringing the American perspective and reality to life for my students. I recently talked to them about antisemitism in the U.S. and they were shocked about what goes on outside of Israel. I definitely feel like I’m making an impact and acting as an ambassador, bridging the gap between American Jews and Israelis.”

Besides interacting with students, Zoe’s favorite part of being a Shinshin is getting to be part of the Yokneam community.

“I got to meet the mayor of Yokneam and we American Shinshinim are hosted by local families each week for Shabbat. Everyone here has been so welcoming, they send us home with food and take such good care of us… The people here are what’s really so special about the city,” said Zoe.

Zoe’s original plan after her Shnat Sherut was to go back home and study International Affairs with a concentration in Spanish at the Georgia Institute of Technology. And while that’s still a possibility, so is moving to Israel.

“Being here has opened my eyes to different expressions of Judaism and all that Israel has to offer… so much so that I’m seriously considering making Aliyah,” Zoe divulged. “Getting to make history as the first American Shinshinim from our Partnerhsip2Gether region has been really special. It’s incredibly meaningful to see the impact I am having on Yokneam, and feel the impact that Yokneam is having on me.”