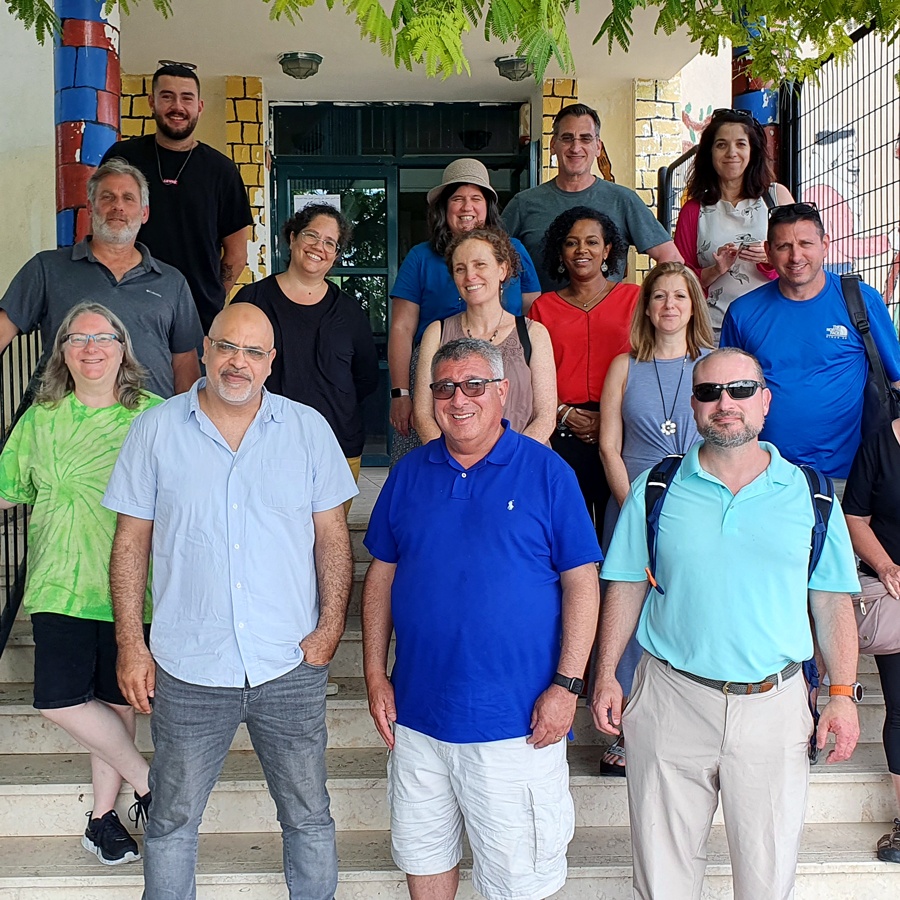 Rebuilding Israel’s Shared Societies
After the May 2021 rockets and violence in Israel, mixed cities with Jewish, Arab and other inhabitants have to rebuild trust amongst their residents. Partnership2Gether (P2G) communities expressed support by organizing a solidarity mission.

“After the riots in the northern city of Akko, communities in the US were reaching out constantly. We had built so much trust among the diverse population living there as it’s truly a shared society… and then in three nights it really disintegrated. Now there’s a lot of work that needs to be done,” shared Sharon Chait, The Jewish Agency’s Director of Partnership for the P2G communities of Western Galilee–US Central Consortium–Budapest.

To show support, the Jewish Federation of Greater Des Moines, part of the P2G US Central Consortium, decided to organize an in-person trip to Israel. Within 72 hours, the mission was planned and within two weeks, they were on the ground in Israel.

“We went to Israel with a very specific purpose: to show our community’s solidarity for our friends and partners in Israel following the violence sparked in the Western Galilee by the Hamas rocket attacks on Israel, specifically with our P2G colleagues in Akko and Matte Asher [also in the north of Israel],” said Hannah Rogers, President of the Jewish Federation of Des Moines.

“Witnessing the destructive aftermath of the violence that took place, particularly in Akko, was extremely difficult and very emotional. It was hard to comprehend that, in this community where Christians, Muslims and Jews have lived and worked together for more than 50 years, the progress made and the trust built could unravel so quickly,” reflected Hannah. “Seeing the burned-out shells of beautiful restaurants, hotels, and museums, as well as many other businesses, was shocking. But, perhaps even more difficult, was witnessing the disillusionment of our partners who have made partnership their life goal.”

The trip motivated many good conversations with business and community leaders who remained committed to moving forward and rebuilding. Moreso than coexistence, it is shared life that both Arabs and Jews are reestablishing, living amongst each other as a community.

“There are good people among both Jews and Arabs and on the trip, we saw Arab and Jewish leaders pledge to work together toward a brighter future,” said Rabbi David Kaufman of Temple B’nai Jeshurun, who was also a part of the mission. “What happened can’t happen again.”

A number of P2G programs from the Western Galilee–US Central Consortium–Budapest Partnership aim to promote values of shared society, said Sharon, including ones designed for artists, women, students and more.

“Recently, we were asked to raise money for a Shared Society Fund and have nearly $12,000 in seed money already,” Sharon said. “In addition, we’re continuing to plan events and carry out our programs that are in place to ensure we’re working to rebuild trust and relationships among Israeli Jews and Arabs now.”