The August 2021 Wildfires in Israel | The Jewish Agency 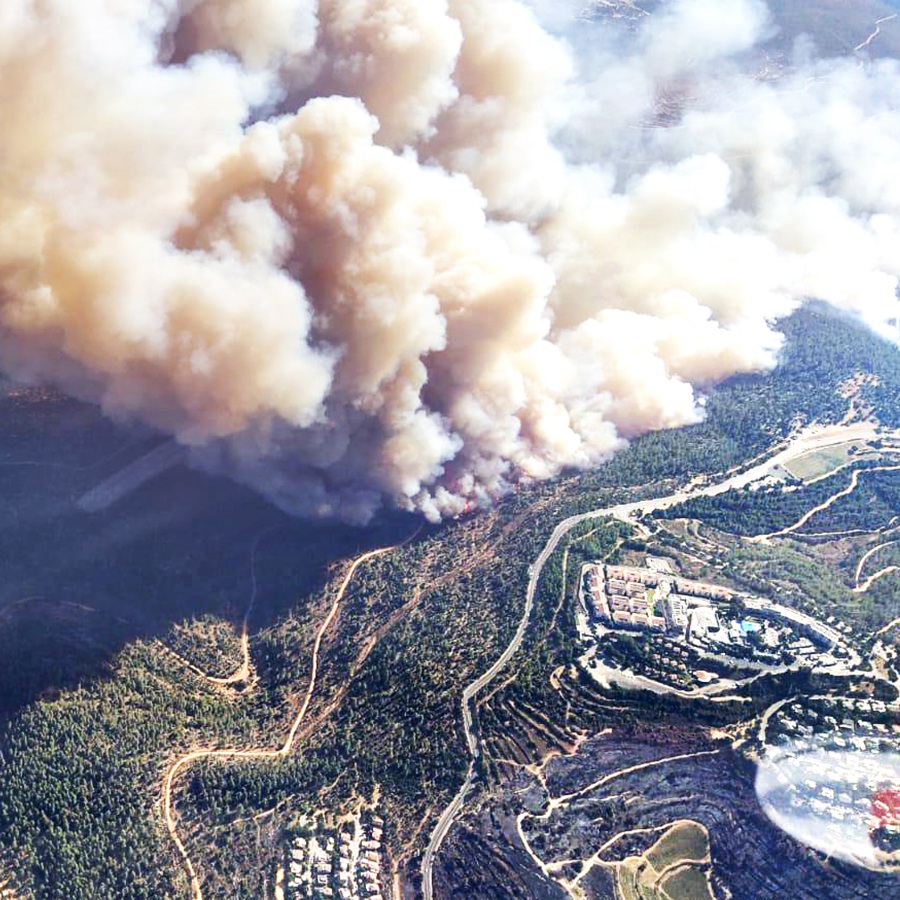 18 Aug The August Wildfires in Israel

The August Wildfires in Israel
After three days, the fires burning outside of Jerusalem have been contained. See The Jewish Agency's response.

After three days, the fires burning right outside Jerusalem, in the Judean Hills, have been contained. The fires consumed around 5,000 acres of land and thousands of residents were forced to evacuate their homes in the area. Thankfully, firefighters and residents remained safe and no one lost their lives.

A primary concern of The Jewish Agency during the blaze was for our programs operating in this region. The first was our youth village Kiryat Ye’arim, which is located in one of the areas that were evacuated. Luckily, school had not yet begun and there were no children currently living in the village. Our staff was evacuated safely. The second program was our Kibbutz Ulpan program located in Tzuba, whose participants were evacuated to Ulpan Etzion in Jerusalem. Ulpans are intensive Hebrew language programs for new immigrants, typically housed within Absorption Centers. Kibbutz Ulpan students were able to resume their studies under the instruction of our wonderful staff at Ulpan Etzion.

The area that was on fire sits in the municipality of Matte Yehuda, a community partnered with the South African Jewish community and Beit Shemesh through The Jewish Agency Partnership2Gether (P2G) program. P2G connects Israeli cities with Jewish communities worldwide, creating an ever-growing network of support and friendship. The Matte Yehuda and South African communities were in constant contact as recently Cape Town suffered from terrible fires in April of this year.

“We worked closely with the local authorities to understand the immediate needs and how The Jewish Agency could be most helpful in assisting with this emergency,” said Amira Ahronoviz, Director General and CEO of The Jewish Agency.

“We have offered emergency grants to those whose property has been damaged or whose businesses have been destroyed as well as to families who have been displaced because of the fires,” Amira stated. “With these grants, our intention is to allow affected Israelis to get through this difficult period knowing that Jews around the world are thinking of them as they recover and rebuild.”

As part of our emergency response in Israel, The Jewish Agency is working with the municipality and the Matte Yehuda P2G partnership to create a course to train volunteer firefighters. Those volunteers will both support professional firefighters during times of emergency and train residents in how to respond/react as fires are something we will increasingly need to contend with in the future.