A top priority of The Jewish Agency continues to be bringing our Jewish Ethiopian brothers and sisters home to Israel, many of whom have been waiting for years to reunite with loved ones and start new lives in the Jewish state.

A top priority of The Jewish Agency continues to be bringing our Jewish Ethiopian brothers and sisters home to Israel, many of whom have been waiting for years to reunite with loved ones and start new lives in the Jewish state.

“The minute we have a government decision that enables us to start working on the ground, we prepare for the Aliyah process as well as Ethiopian Jews’ absorption in Israel. Once their dream is fulfilled and they land in Israel, that’s when the even harder work begins,” stated Amira Ahronoviz, CEO and Director General of The Jewish Agency. “It is our responsibility to make sure they are set up for success in their new lives in Israel.”

Within the first few months of 2021, we successfully completed the first part of Operation Zur Israel, which had kicked off in December 2020.

The entire operation included a total of nine flights and facilitated the Aliyah of 2,150 Ethiopian olim (immigrants), including 70 babies, 219 children, 674 young adults and 35 older adults.

“All staff involved with helping Ethiopian olim acclimate in their new home country undergo special training to ensure they are sensitive to the needs of Ethiopian olim,” added Shay Felber, Director General of The Jewish Agency’s Integration and Aliyah Unit. “While the absorption center staff teach Ethiopian Jews about life in Israel, they also take measures to ensure their existing traditions are preserved so they can more easily adjust, welcoming new arrivals with homemade injera and other Ethiopian foods.”

Darba, Yeshorok and their two-year-old son were three of the Ethiopians who made Aliyah through Operation Zur Israel in February 2021; the couple had been waiting for 12 years to immigrate to Israel.

“Everything that has happened to us since immigrating is the fulfillment of a years-long dream and beyond our expectations,” said Yeshorok. “The big challenge for us now is to learn Hebrew, find jobs and buy a home. It’s a big adjustment to life in Israel, but being at The Jewish Agency’s absorption center in Kiryat Yam has been so helpful.”

In our 17 Absorption Centers throughout Israel, 5,229 Ethiopian Jews received housing and crucial resources in 2021 to assist their transition to life in the Jewish state.

For Stu Goodman, a Jewish Agency donor from Philadelphia, Pennsylvania, a passion for Israel is seemingly in his blood, having been actively involved in Israel-related activities going back to middle school. Today, as a member of The Jewish Agency’s Aliyah and Government Relations committees, he’s proud of the organization’s many Aliyah missions from Ethiopia, and how we’ve helped people who had no hope start new lives. 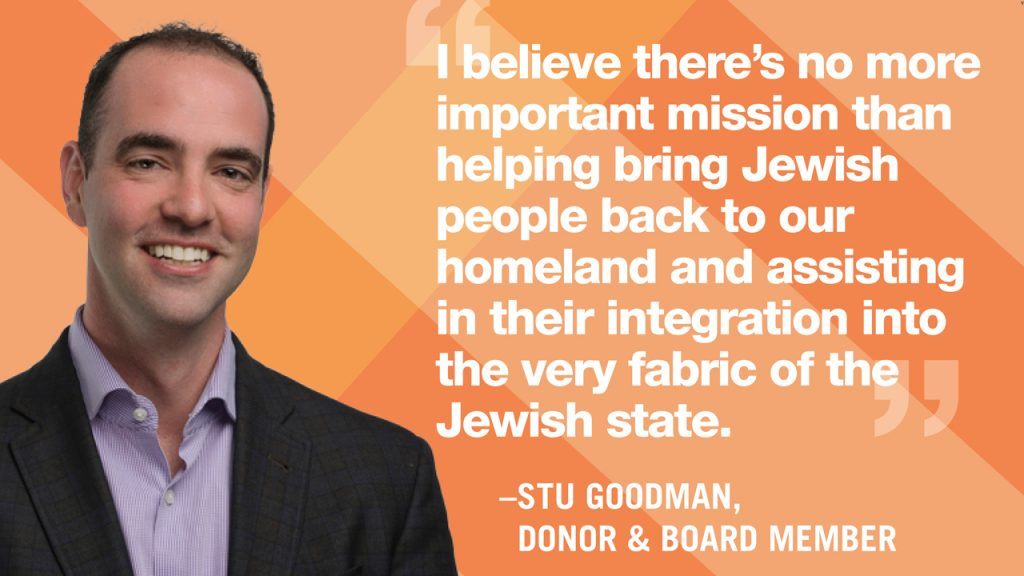 In 2021, we also commemorated the 30-year anniversary of Operation Solomon, which brought 14,310 Ethiopian Jews to Israel on 35 flights in less than 36 hours, the biggest Aliyah mission from any country in the world to date.

Habatamu, who was nearly six when he made Aliyah with his parents and baby brother through Operation Solomon in May 1991, is now an advisor to the Minister of Aliyah and Integration. He found it meaningful that he was able to play a major role in the planning and starting phases of Operation Zur Israel. 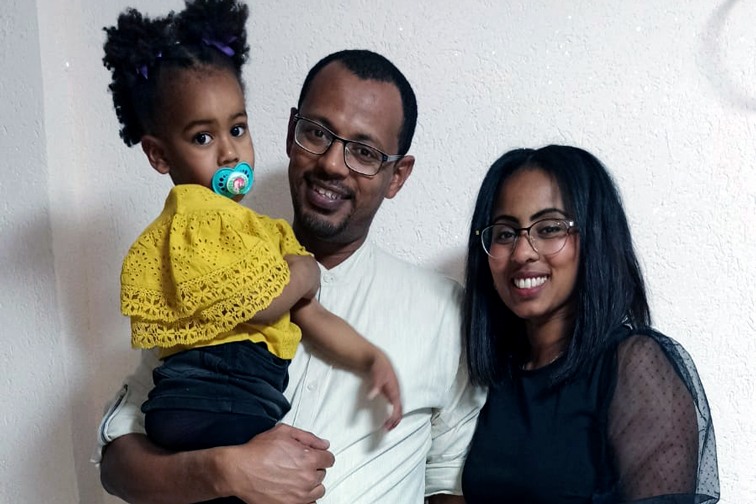 “I’d always known I’d go back to Ethiopia someday, but I never thought I’d go back as a representative of the Israeli government, in a diplomatic role, helping other new olim. Seeing the little children in Zur Israel and knowing that 30 years ago I was just like them… was very emotional,” recalled Habatamu. “From Operation Solomon to Operation Zur Israel, I have seen the magic The Jewish Agency does and the work they engage in is truly helping new olim integrate into Israeli society.”

To date, and with our partners’ support, we have assisted more than 95,000 Ethiopian Jews in making Aliyah. And thanks to our continued collaboration with the Government of Israel, and the Jewish Federations of North America, there are currently more than 160,000 first- and second-generation Ethiopian immigrants living in Israel.

There are still Ethiopian Jews waiting in Ethiopia for permission to make Aliyah and for us to help bring them home to Israel. That’s why The Jewish Agency and our partners applauded the Israeli government’s November 2021 decision to approve the continuation of Operation Zur Israel, which will begin in 2022.