The Jewish Agency’s Ulpan Etzion is Israel's flagship intensive Hebrew-learning program for young adults ages 22–35. It acts as a stepping stone to settling into Israeli society for new immigrants from all over the world who live together while participating in immersive language instruction, five days a week, for five months.

The Jewish Agency’s Ulpan Etzion is Israel's flagship intensive Hebrew-learning program for young adults ages 22–35. It acts as a stepping stone to settling into Israeli society for new immigrants from all over the world who live together while participating in immersive language instruction, five days a week, for five months.

Lera, 35, a lawyer from Moscow, Russia, made Aliyah in July 2021. She found that the various activities at Ulpan Etzion, from visiting museums to attending lectures and more, helped her get to know Israel better and feel a deeper connection to the country.

“Ulpan Etzion is more than just an educational institution. It serves as an introduction to the culture and history of Israel, as well as to the realities of everyday life in Israel and how the system works,” shared Lera. “We had a lot of help from our madrichim (counselors), like Matan. We could turn to them at any time of the day, literally. I’m so grateful to them and all the Ulpan staff.” 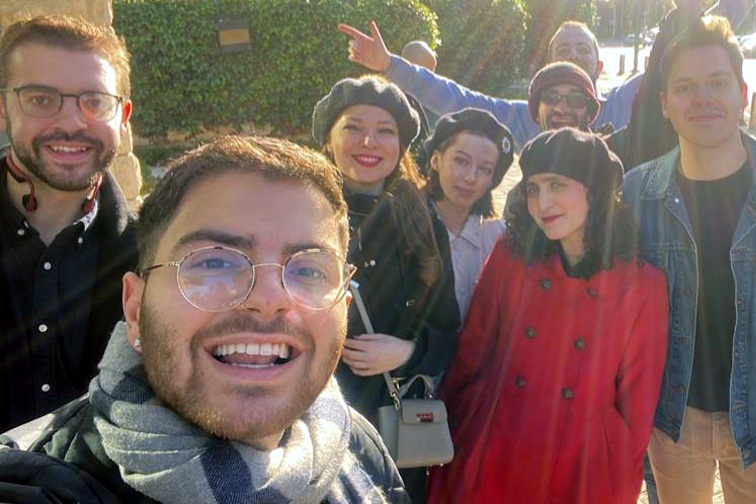 For Matan, 23, an Ulpan Etzion madrich (counselor) from Dallas, Texas, who made Aliyah after high school and served in the Israel Defense Forces, making the Aliyah process easier for olim (immigrants) is a privilege.

“Getting to see each immigrant find their place in Israel and acclimate, going from wide-eyed arrivals with no Hebrew skills and feeling culture shock to confident Israelis with jobs and apartments and close friends is beautiful to see. As an immigrant myself, it’s especially meaningful to be able to help new olim,” said Matan.

In 2021, 735 new olim participated in Ulpan Etzion – Jerusalem, with a total of 10,538 olim enrolled in all Jewish Agency-affiliated ulpan programs.

And for Sara from Melbourne, Australia, and Josh from Chicago, Illinois, who both made Aliyah in July 2021, Ulpan Etzion provided them with a supportive community of peers and staff alike.

“When I first got to Israel, my Hebrew was terrible and I couldn’t speak in full sentences. But after finishing Ulpan, I feel I can really express myself,” shared Sara. “And I met so many amazing people and came out of the program with such close friends who continue to be there for me as I settle into Israeli society.” 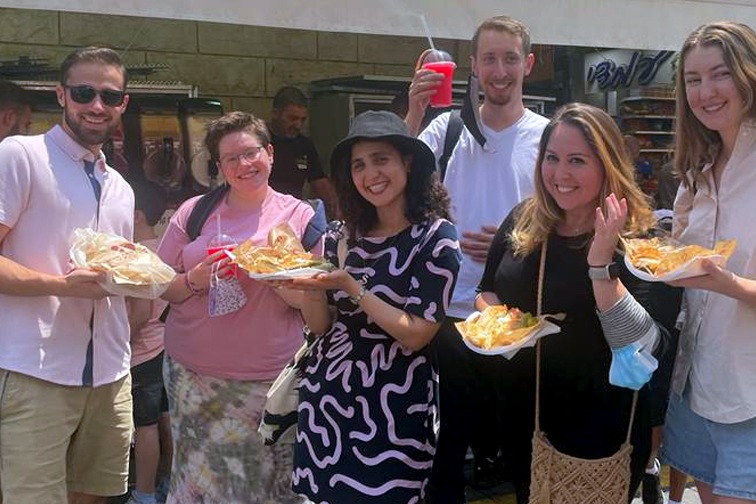 “The Jewish Agency staff at Ulpan Etzion are so amazing. They really care and want us to succeed, offering us opportunities to hear from different professionals, go to events and on local trips, and take advantage of helpful resources,” Josh said. “It’s because of them this place feels like home now to so many young Jews from all over the world.”

Knowing that there will always be a place that welcomes Jewish immigrants with open arms is a comfort to Philip Krawitz, a Keren Hayesod donor from Cape Town, South Africa. When Philip’s father died, he left Philip a collection of photos he’d taken of Jewish refugees who came into Cape Town’s harbor. These refugees weren’t allowed off the ships but instead were sent back to Belgium where many of them perished in the Holocaust. Philip keeps those photos on his desk, a powerful reminder to support Israel. 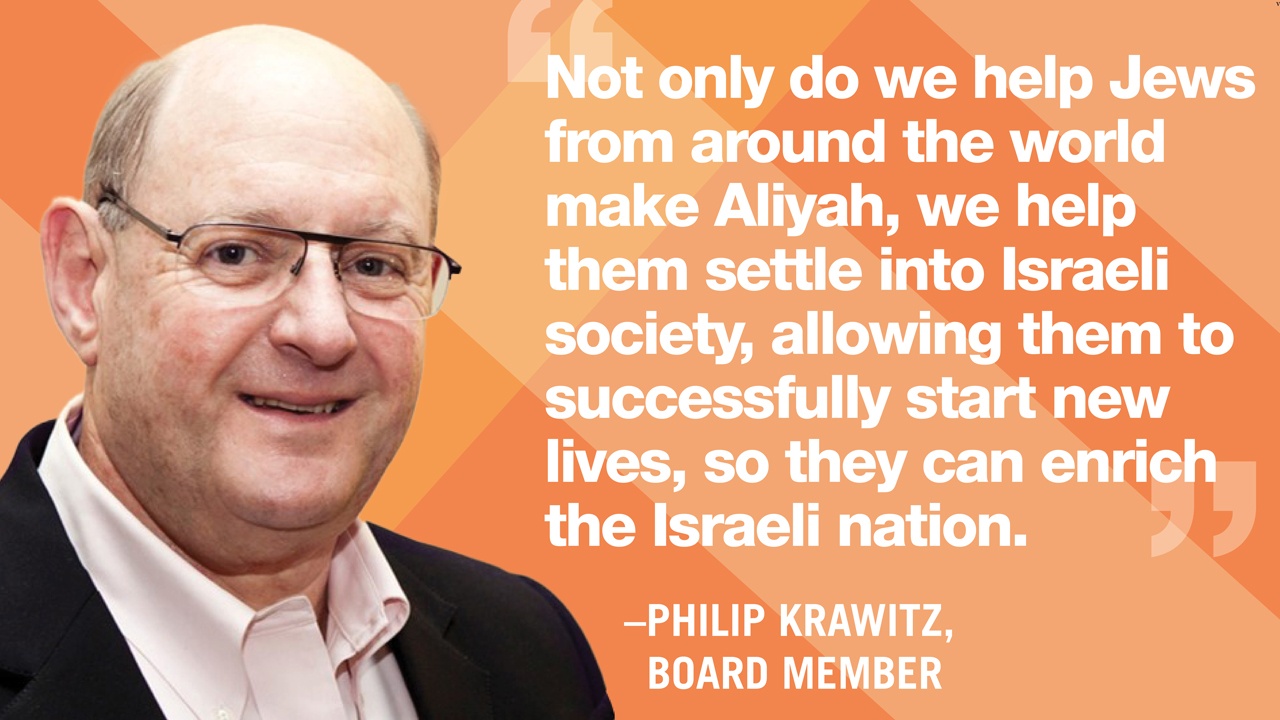 Ulpan Etzion is not only a place where olim develop their Hebrew skills and make friends for life; it’s also a place where some olim, like Sarah and Rudy, find love. Sarah and Rudy grew up in the same city in France with mutual friends, running in the same social circles, yet it was only at Ulpan Etzion that their paths finally crossed, their love of Israel bringing them together.

“What are the chances that I’d meet my future wife here in Israel, 3,000 miles away from where we grew up in France?” Rudy marveled.

When COVID hit, Rudy and Sarah spent even more time together and got engaged in mid-2021. They invited Israel’s President (and former Jewish Agency Chairman), Isaac Herzog, to their wedding, in gratitude that The Jewish Agency had continued to make Aliyah possible during COVID, allowing them to find each other. Turns out, France isn’t the most romantic place on Earth after all – it’s Israel. 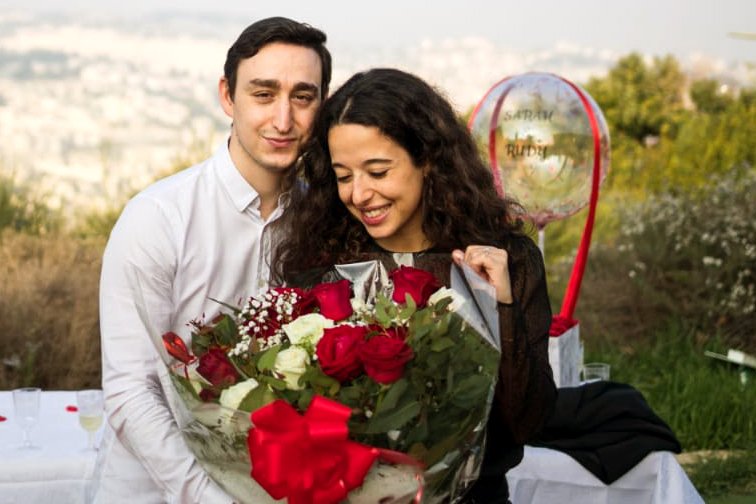