Israel Fellows in North America are based in Hillels and other Jewish student organizations on college campuses to ensure universities remain safe spaces for education and tolerance. They are working hard, in sometimes hostile environments, to empower student leadership and create Israel-engaged campuses. Rachel, an Israel Fellow, was born to Ethiopian-Israeli parents who immigrated to Israel in 1991 through Operation Solomon. She relished being able to expose students to the rich diversity in Israeli society.

“I wanted to be a Shlichah (female Israeli emissary) not only to connect world Jewry to Israel but also to highlight Jewish racial diversity,” said Rachel, who was the first Israel Fellow at California Polytechnic State University–San Luis Obispo. “I believe that sometimes all it takes is interacting with an Israeli like me to have a positive impact on one’s relationship with Israel.” 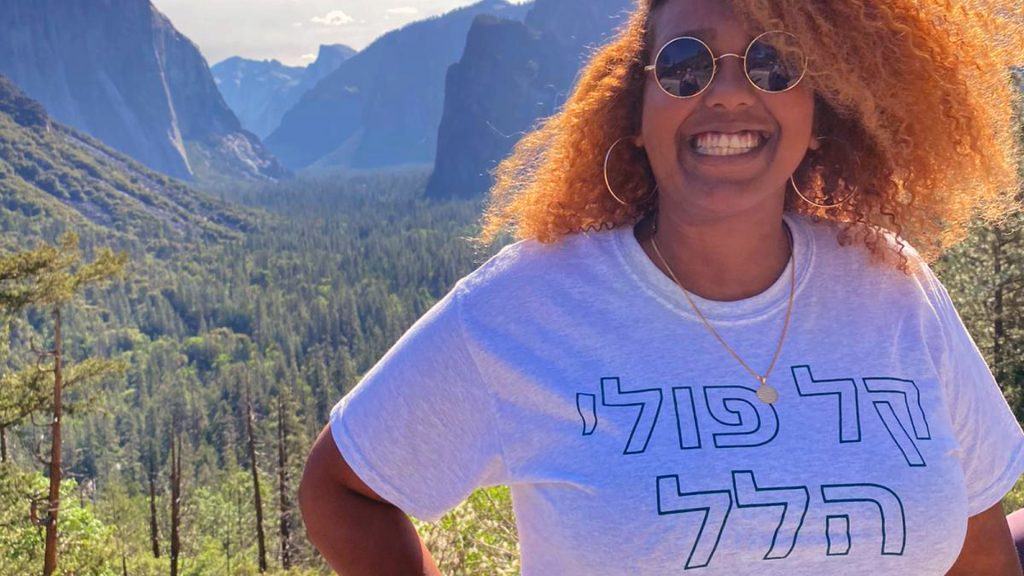 In 2021, 1,566 Israeli emissaries served Jewish communities around the world.

In 2021, to further showcase Israel’s diversity to North Americans, The Jewish Agency did something historic. In collaboration with The Jewish Federation of Greater Washington, we appointed the first non-Jewish senior Israeli emissary, Gadeer Kamal-Mreeh, who previously had broken barriers as the first female Druze member of Israel’s legislature.

“I’m proud and excited to be a partner in bringing about this precedent-setting step, enabling another Israeli voice to be heard and conveying the multifaceted reality of Israel to both Jewish and non-Jewish audiences throughout North America,” said Gadeer. “My unique identity as a woman from the Druze community will greatly contribute to my service, resulting in meaningful and innovative activities that will challenge and change perceptions.”

Prioritizing reaching new populations, in 2021, Shlichim were sent to 89 communities globally, some of which had never had an Israeli emissary before.

“Because we’re the first ShinShinim in the community, it actually gave us the ability to be really creative,” shared Yahli, who is one of two ShinShinim serving the community of about 5,000 Jews in Geneva, Switzerland, for the first time ever. “Apart from our regular work and activities at the local school, we built a full schedule that allows us to connect with the community and to help the community itself rediscover its connection to Israel.”

Shlichim acting as living bridges to Israel became even more crucial during Operation Guardian of the Walls in May 2021, when Israel was being barraged by rocket attacks. During that time, many emissary delegations around the world planned events and roundtable discussions to help bring personal perspectives and provide educational resources to the community, creating safe spaces for discussion.

“It was a very complex and challenging time, and teens especially were reading posts on social media and didn’t know what to believe. We worked hard to ensure they were able to ask the tough questions and helped facilitate a lot of personal conversations about the situation,” said Zehava, The Jewish Agency’s Director of the Shlichut Initiative to UJA-Federation of New York. 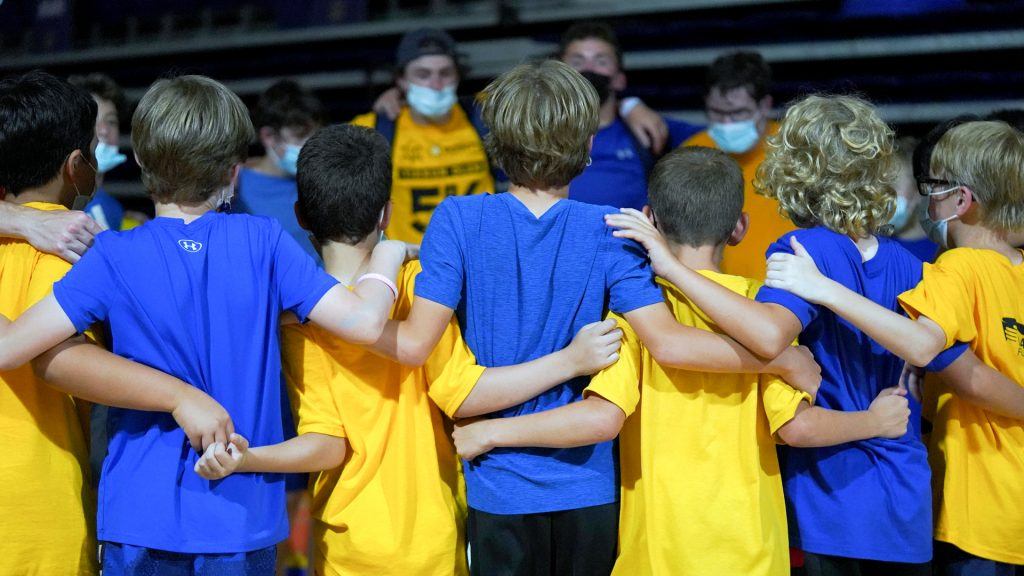 And, after not being able to travel to summer camps in North America in 2020 due to COVID-19, our beloved Summer Camp Shlichim returned in 2021! 1,257 Shlichim brought Israel to life at 110 camps in 32 states, impacting more than 120,000 young Jewish campers across North America.

Michelle Hirsch, a Jewish Agency donor from Cleveland, Ohio, was devastated when camp Shlichim weren’t able to come to the U.S. in 2020 because of the pandemic. Her kids attend a JCC camp with Shlichim counselors on staff who always make the summer fun with their unique energy. She was overjoyed when these Israelis were able to come back to the States and work at summer camps again, making a difference in Jewish communities locally and globally. 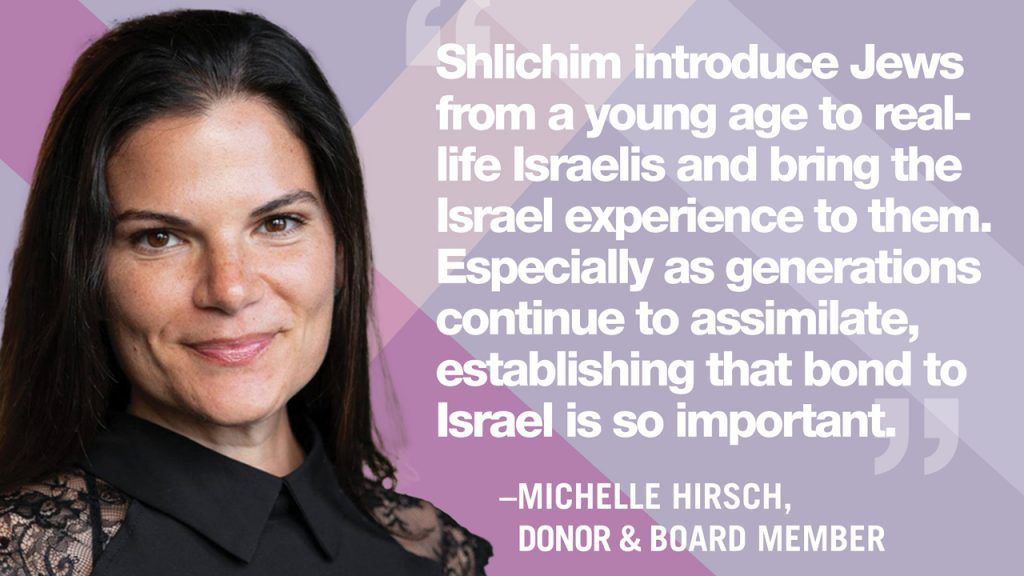 Michelle Hirsch, member of the Board of Directors of Jewish Agency for Israel—North American Council

“I believe that every camp should have a Jewish Agency Israeli emissary because we bring the authentic Israel to life, not the one from the headlines,” said Faran, 22, from Kibbutz Nir Etzion on the Carmel coast in Northern Israel, who was an eighth-grade counselor at Camp Ramah in Ontario, Canada. “Plus, Shlichim return to Israel with a deeper understanding of North American Jewry than we had before.” Read more about our Summer Camp Shlichim’s Experiences >