With a worldwide Jewish population of 15.2 million, the need for us to have strong ties as a united people is crucial. Partnership2Gether (P2G), a Jewish Agency initiative, connects the Jewish people by pairing Israeli communities with Jewish communities abroad. In 2021, 400 communities were in P2G partnerships, creating and nurturing an enduring global network of mutual support and friendship.

With a worldwide Jewish population of 15.2 million, the need for us to have strong ties as a united people is crucial. Partnership2Gether (P2G), a Jewish Agency initiative, connects the Jewish people by pairing Israeli communities with Jewish communities abroad. In 2021, 400 communities were in P2G partnerships, creating and nurturing an enduring global network of mutual support and friendship.

“Whether it be in extraordinary or more normal times, Jews from Israel and around the world routinely find creative ways to bond over their shared connection to the Land of Israel and to each other,” said Pnina Agenyahu, Director of Partnership2Gether. “We are committed to continuing to work to bridge the distance between Israeli and Jewish communities, as a crucial vehicle for uniting the global Jewish people.”

Yokneam-Megiddo in the north of Israel is in partnership with both Atlanta and St. Louis Jewish communities through their local Federations. A new and innovative way they are creating lasting connections is through ShinShinim IL (short for Israel), an initiative subsidized by Masa Israel Journey and the Jewish Federations of St. Louis and Atlanta. Through ShinShinim IL, American high school graduates from these communities went to their paired P2G city in Israel for a gap year – following the model of the ShinShinim (service year Israeli emissaries) experience, but in reverse. 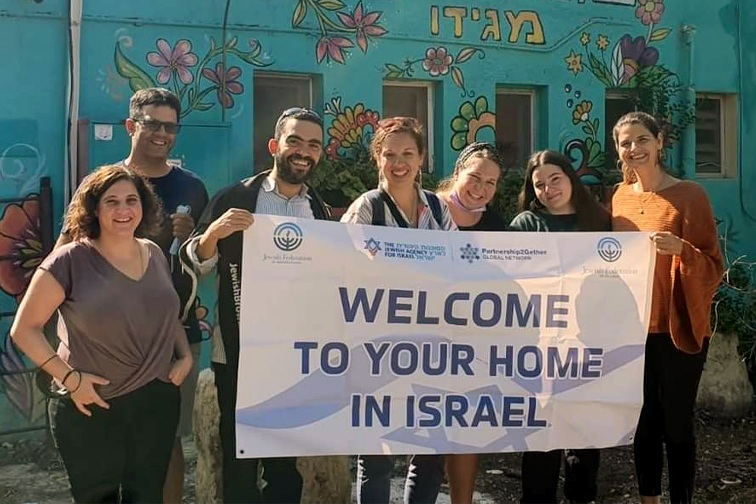 “For five months, I’m serving as one of the first non-Israeli ShinShinim in our P2G sister city of Yokneam,” said Zoe, 18, from Atlanta, Georgia. “I’m really enjoying bringing the American perspective and reality to life for Israeli students. I definitely feel like I’m making an impact and acting as an ambassador, bridging the gap between American Jews and Israelis.”

To bridge the gap between Jews and Arabs, Michael, an avid biker who lives in the Jezreel Valley in the Galilee, created a 35-mile bike trail called Partnership Path (Naim Beyahad) that crosses through five northern municipalities – three Jewish and two Arab communities in his area, exactly where the Michigan–Central Galilee P2G partnership operates. His intention to foster greater inclusivity and diversity sprung to life through this P2G initiative that’s used by both Arabs and Israelis every day.

“Something about the physical aspect and the shared nature of the path really helps facilitate connections between American Jews, Israeli Jews and Israeli Arabs,” shared Michael. “That’s what’s so great about the path – being on this trail is about more than just riding a bike; it’s about bringing communities together.” 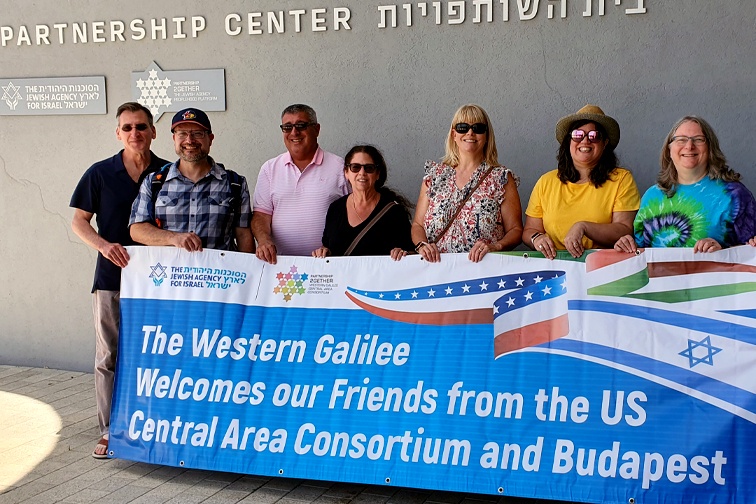 Members of the P2G US Central Consortium partnership during an in-person trip shortly after Operation Guardian of the Walls | Photo provided by Sharon Chait, The Jewish Agency’s Director of that partnership

After a ceasefire was reached following the May 2021 rocket attacks by Hamas during Operation Guardian of the Walls, nearly 100 riders, both Arab and Jewish, gathered on the trail to bike together and show solidarity. Many other P2G communities in the US also reached out and offered support to their Israeli partner cities, with some arranging in-person missions, to show solidarity with those impacted by the rocket attacks and violence.

P2G does more than just link communities. For many, it expands their definition of family. A donor and the Chair of The Jewish Agency’s Partnerships Committee, Lori Klinghoffer from Short Hills, New Jersey, is a longtime supporter of P2G. When she visits Israel and is asked if she has family there, she’s always quick to answer that while she has no blood relatives in the country, she’s got plenty of family thanks to close connections made through her Greater MetroWest partnerships with the southern cities of Ofakim and Merchavim. 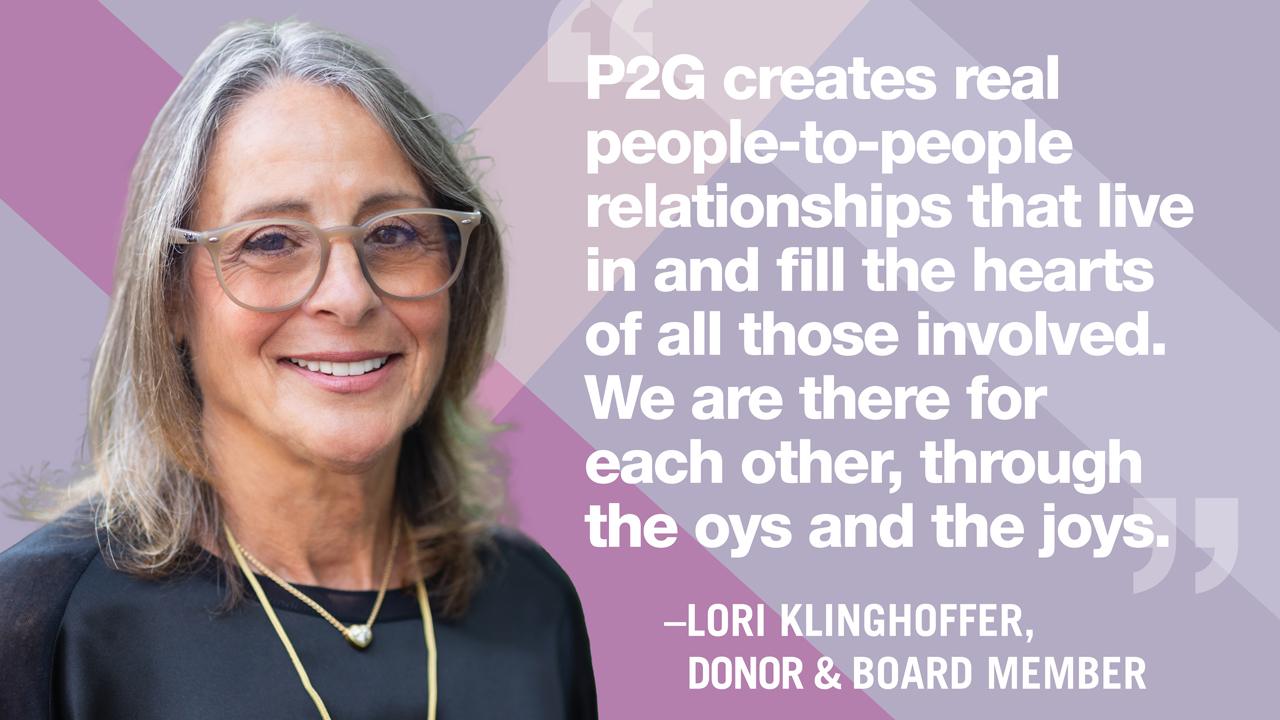 Lori Klinghoffer, member of The Jewish Agency’s Board of Governors

“That’s really P2G’s impact on the Jewish people, instilling the feeling that we are all connected. We may be on two different sides of the ocean, but that doesn’t matter. We’re like one big family that’s always there for each other,” added Hanna Bachar, the Israeli co-chair of the Yoav–Lehigh Valley P2G partnership. P2G’s partnerships also tend to create such deep connections and engagement that many participants go on to be involved in other Jewish Agency programs, like Masa for young Jews around the world or becoming Israeli emissaries (Shlichim) and more.

See the amazing relationships built between Jews in Chicago, Kiryat Gat, Lachish, and Shafir as the multi-city partnership celebrates 25 years: