2021 Impact – Fund for Victims of Terror During Operation Guardian of the Walls | The Jewish Agency - U.S.

FUND FOR VICTIMS OF TERROR DURING OPERATION GUARDIAN OF THE WALLS

Between May 10–21, 2021, thousands of rockets were launched at Israel from the Gaza strip by Hamas during Operation Guardian of the Walls, causing fear, panic, destruction and loss of life.

FUND FOR VICTIMS OF TERROR DURING OPERATION GUARDIAN OF THE WALLS

Between May 10–21, 2021, thousands of rockets were launched at Israel from the Gaza strip by Hamas during Operation Guardian of the Walls, causing fear, panic, destruction and loss of life.

Throughout the attacks, The Jewish Agency cared for its beneficiaries who depend on us 24/7 for their safety and security, including 3,900 olim (immigrants) in southern cities such as Ashkelon, Ashdod, Sderot, Be’er Sheva and Kiryat Gat, as well as 3,000 senior Amigour residents in areas under fire. For these individuals, having just 15 to 45 seconds to run to shelters while whistling missiles and loud bombings surround them is a harrowing experience. It’s even more terrifying when simple mobility is difficult, never mind moving quickly, and you don’t understand the language. 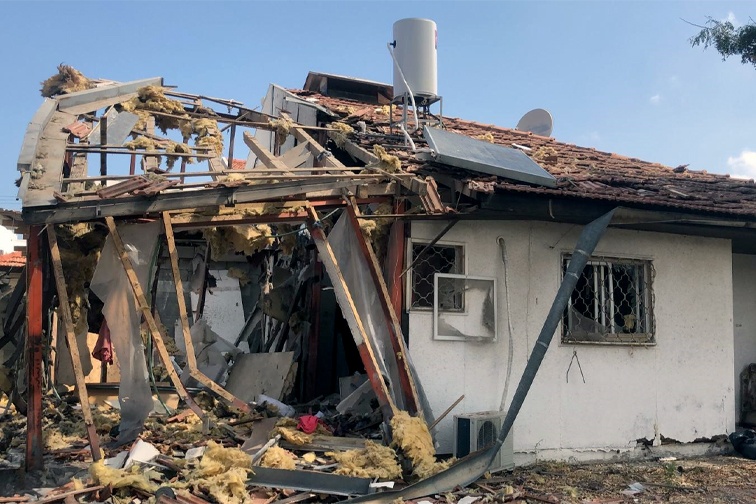 During the first days of terror, Jewish Agency CEO and Director General Amira Ahronoviz traveled to Ashkelon with Jewish Agency Chief Operating Officer Yehuda Setton to personally visit the residents of a Jewish Agency absorption center and Amigour housing complex. Just as they arrived at Amigour, rockets were fired, and they had only seconds to run to the shelter alongside the staff and residents.

When it was safe to leave, Amira and Yehuda headed to a Jewish Agency absorption center where they also had to spend time in a shelter. They witnessed a new mother, who had recently made Aliyah from Ethiopia, have her newborn son’s brith (Jewish circumcision ceremony) in the bomb shelter, a stark reminder that even amidst the chaos, we must find a way to celebrate life and uphold valued Jewish traditions. Exactly 24 hours after their visit, two rockets hit the parking lot, injuring one immigrant while another was treated for anxiety. Five apartments and an office were damaged, but thankfully, the trained security guards and staff onsite acted quickly and evacuated the immigrants to safety. 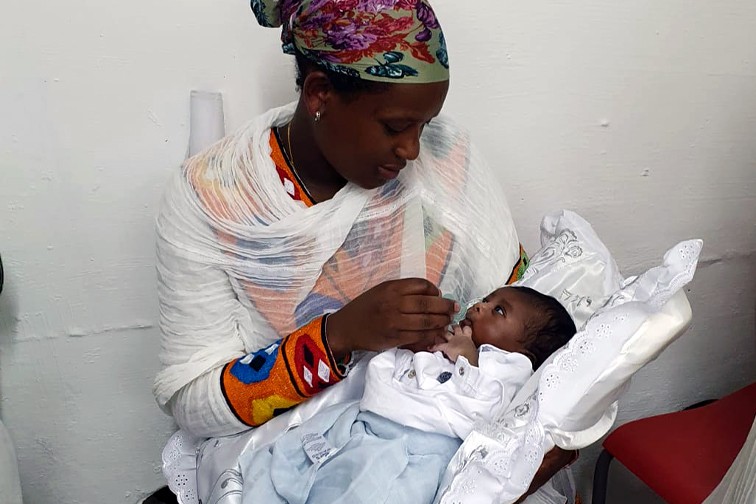 A recent Ethiopian immigrant holds her days-old baby who just had his circumcision in a bomb shelter amid the attacks | Photo: Daniel Shayer for The Jewish Agency for Israel

Besides helping protect our beneficiaries, The Jewish Agency also gave assistance to individuals in need due to the attacks through our Fund for Victims of Terror (FVOT), which provides emergency financial assistance within 48 hours and is a gesture of support and solidarity from our global Jewish family.

Lucy had lived in her home in Ashdod in the Southern District of Israel for 30 years when her house was hit by a missile during Guardian of the Walls. She was devastated; the missile completely destroyed her roof and the second floor of the house, with debris falling onto the main floor. The next day, an FVOT representative brought Lucy a check, letting her know that the funds provided were from Jews around the world who were thinking of her. 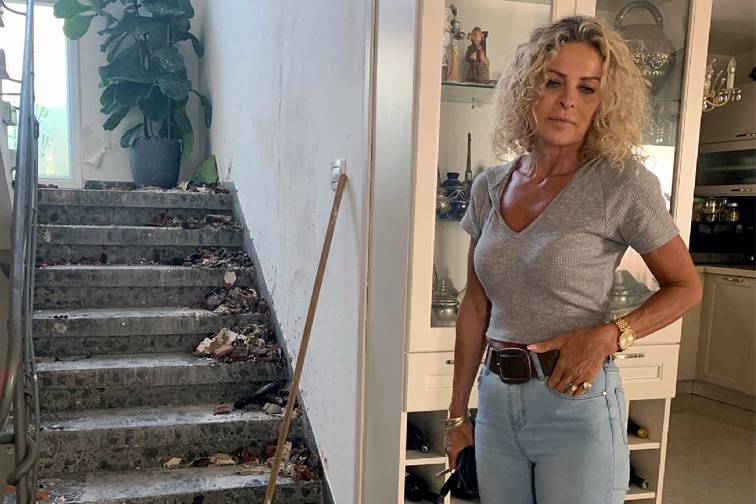 “My home was always my safe spot in the world, so thank you so much, thank you for all the support,” Lucy said emotionally. “It’s not taken for granted. The love and support I have received from the Jewish people… is revealing how beautiful being a Jew truly is.”

As Nadia Guth Biasini, a Keren Hayesod donor in Basel, Switzerland, closely followed the news about the rocket attacks, she had a very clear and personal understanding of the impact on the lives of countless Israelis. Her son lives in Tel Aviv, where many buildings don’t have reinforced shelters. At one point, he had to use a staircase for protection when a siren went off in the city. While he was not injured, nor was his home damaged, she’s comforted knowing the Fund for Victims of Terror would have been there for him if he needed it. 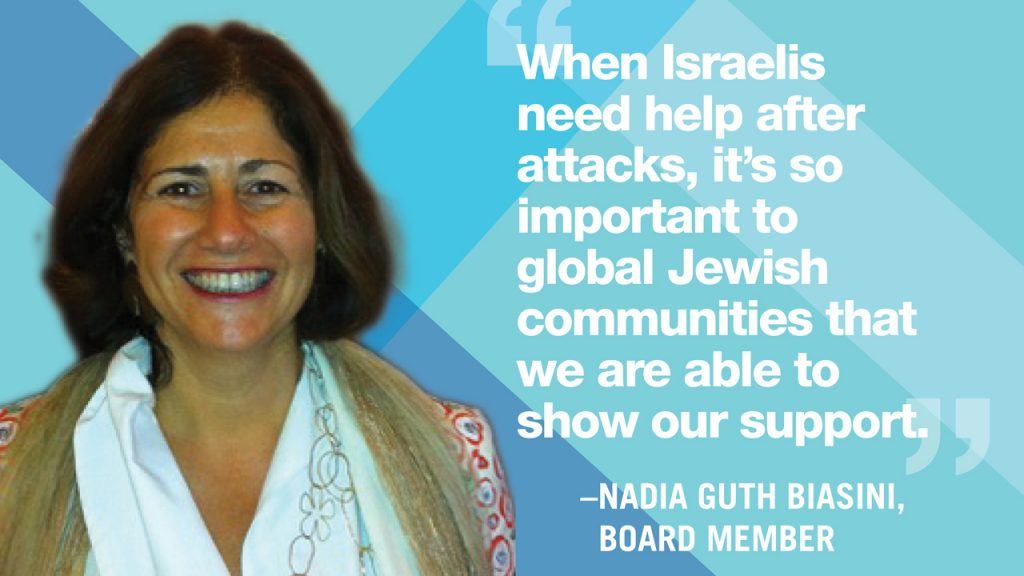 Nadia Guth Biasini, member of The Jewish Agency Board of Governors

Danielle Mor, The Jewish Agency’s Vice President of Israel and Global Philanthropy, also visited families in the South who were impacted by the missiles as an FVOT representative, sharing words of support.

“I met with each person, heard their stories, and let them know the Jewish people are by their side. Then I gave each family a check for 4,000 NIS (~$1,250) from our Fund for Victims of Terror to help alleviate the immediate hardships and share a message of hope with them,” shared Danielle. “They were overwhelmed to be getting this assistance, no questions asked, no forms to be filled out, no bureaucracy, just simple kindness. They were so grateful.”

Through the FVOT, during Operation Guardian of the Walls, $977,228 was provided to 603 individuals and families directly impacted by terror.

Checks provided by The Jewish Agency’s Fund for the Victims of Terror are made possible by the generosity of our partners, The Jewish Federations of North America and Keren Hayesod UIA, and donors from around the world.